Our Country Isn't Ready for a Lightworker as President 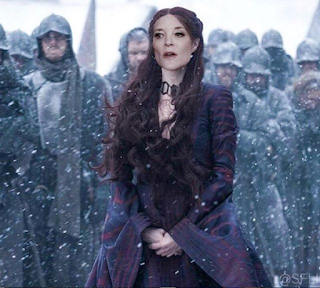 I've been made fun of for years because I believe in bad vibes, positive energy, astrology, magic, sage burning. and crystal healing. For my mental health issues, I've used more alternative healing than I have modern mainstream medicine. Along with my pagan practice, I employ many New Age methods and lightworking.

So when I learned Marianne Williamson was running for president I was excited. I knew she had less than zero percent chance of winning but I was excited to see spirituality become part of politics. I fully expected Marianne to be a "love and light" kind of candidate. I honestly expected the left to embrace some of her ideals. I thought we were ready for a candidate like Williamson. Well to at least listen to what she has to say.

Boy was I naive.

It turns out I'm not the only one surprised by this. Kerry Peiri writes in Harper's Bazaar, "Maybe I’ve listened to too many SuperSoul Sunday podcast episodes, but the derisive response to Marianne Williamson after the first Democratic debate surprised me. Perhaps I thought that all her love talk and spiritual open-mindedness had gone mainstream, but the mocking memes that followed were a rude awakening."

For example during the first debate, while many backed radical progressive ideas like giving everyone $1000 a month or everyone even illegal immigrants free health care, the idea that we "can harness love to beat Trump" is just too much for them to accept.

Then came the second debate. You can also call Trump a monster, a rapist, a racist, a tyrant, a narcissist, a psychopath, a demagogue, a dictator, unfit, and even a rat but to say he embodies "dark psychic forces" was treated as ridiculous.

Granted her stance on modern health practices doesn't help any. It's here that I part ways with her views. I may believe in crystal healing but I also believe in vaccinating my kids and taking antidepressants. Anderson Cooper did a good job of questioning her beliefs regarding depression and antidepressants. Williamson has since walked back and apologized for comments she's made about vaccines and depression. However, in the age of cancel culture, apologies and clarifications aren't likely to make a difference.

People have harnessed the idea that she's anti-science and dismiss her no matter what she says. Even the most progressive liberal Democrats think she's a nutcase.

Instead of her idea that we can heal ourselves being embraced (even though science has proved our thoughts affects our physical body), she's being attacked and even deemed sinister by disability rights activists because of her views. Now I certainly agree someone with a disability or chronic illness can't "think themselves well" however I also think that "better self-actualization or a better relationship with the divine" can be healing to our minds and spirits. But in 2019, to say these things is more radical than saying we should embrace socialism.

Some of the other attacks on her include:

The Washington Post calling her New Age beliefs a religion about herself and saying she's just like Trump.

Jezabel attacks her for having celebrity friends.

Forbes points out that she would be the first college dropout.

Her views were compared to Scientology.

However, there are some people that defend her:

The Harper's Bazzaar article I shared earlier is titled "You Don't Have to Vote for Marianne Williamson—Just Don't Call Her Crazy."

Yahoo News has an article called "Is it Time to Take Marianne Williamson Seriously?"