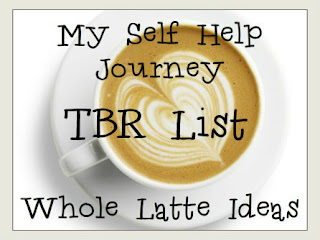 1. Finding Your Own North Star by Martha Beck
2. The Bible by Various Authors
3. Feeling Good: The New Mood Therapy by David D. Burns
4. The Power of Myth by Joseph Campbell with Bill Moyers
5. Don't Sweat the Small Stuff...and It's All Small Stuff by Richard Carlson
6. How to Win Friends and Influence People by Dale Carnegie
7. The Seven Spiritual Laws of Success by Deepok Chopra
8. The 7 Habits of Highly Effective People by Stephen Covey
9. The Art of Happiness by The Dalai Lama and Howard C. Cutler
10. Women Who Run With Wolves by Clarissa Pinkola Estes
11. Creative Visualization by Shatki Gawain
12. Emotional Intelligence by Dainel Goleman
13. You Can Heal Your Life by Louise Hay
14. Feal the Fear and Do It Anyway by Susan jeffers
15. The 80/20 Principle by Richard Koch
16. Tao Te Ching by  Lao Tzu
17. Care of the Soul by Thomas Moore
18. The Power of Your Subconscious Mind by Joseph Murphy
19. The Power of Positive Thinking by Norman Vincent Peale
20. The Road Less Traveled by M. Scott Peck
21. Awaken the Giant Within by Anthony Robbins
22. A Return to Love by Marrianne Williamson
23. When Bad Things Happen to Good People by Harold Kushner
24. Passages by Gail Sheehy
25, The Quantum Self by Danah Zohar
26. The Seat of the Soul by Gary Zukav
27. The Secret by Rhonda Byne
28. Think and Grow Rich by Napoleon Hill
29. The Power of Now by Eckhart Tolle
30. The Four Agreements by Miguel Ruiz
31. Man's Search for Meaning by Viktor E. Frankl
32. A New Earth by Eckhart Tolle
33. Eat, Pray, Love by Elizabeth Gilbert
34. Who Moved My Cheese? by Spencer Johnson
35. Wherever You Go, There You Are by Jon Kabat-Zinn
36, The Purpose Driven Life by Rick Warren
37. The Now Habit by Neil A. Flore
38. The Happiness Project by Gretchen Rubin
39. The Success Principles by Jack Canfield
40. Women Who Love Too Much by Robin Norwood
41. Daring Greatly by Brene Brown
42. The Dance of Anger by Harriet Lerner
43. Awakening the Buddha Within by Lama Surya Das
44. Total Money Makeover by Dave Ramsey
45. Wishcraft by Barbars Sher
46. The Tao of Pooh by Benjamin Hoff
47. The Power of Habit by Charle Duhigg
48. Mastery by Robert Greene
49. The Magic by Rhonda Byrne
50. Way of the Peaceful Warrior by Dan Millman
51. Self-Reliance by Ralph Waldo Emerson
52. Sidetracked Home Executives by Pam Young
53. You Are a Badass by Jen Sincero
54. The Gift of Fear by Gavin de Becker
55. He's Just Not That Into You by Greg Behrendt
56. The Artist's Way by Julia Cameron
57. The Art of War by Sun Tzu
58. A Course in Miracles by Foundation For Inner Peace
59. Raise Your Vibration, Transform Your Life by Dawn James
60. Getting Past Your Past by Francine Shapiro
61. How to Be a Woman by Caitlan Moran
62. Six Pillars of Self Esteem by Nathanial Branden
63. The Spiral Dance by Starhawk
64. You Are Here by Jenny Lawson
65. How to Be a Bawse by Lilly Singh
66. Revolution From Within by Gloria Steinham
67. #GIRLBOSS by Sophia Amuroso
68. Lean In by Sheryl Sandberg
69. The 4 Hour Workweek by Timothy Ferris
70. The Life-Changing Magic of Tidying Up ny Marie Kondo
71. Big Magic by Elizabeth Gilbert
72. The Highly Sensitive Person by Elaine N. Aron
73. Emotional Intelligence 2.0 by Travis Bradberry
74. The War of Art by Steven Pressfield
75. Flow by Mihaly Csikszentmihalyi
76. The Subtle Art of Not Giving a F*ck by Mark Manson
77. Why Men Love Bitches by Sherry Argov
78. Steal Like An Artist by Austin Kleon
79. The Introvert Advantage by Marti Olsen Laney
80. The Dance of Anger by Harriet Lerner
81. Eat That Frog! by Brian Tracey
82. The Life-Changing Magic of Not Giving a F*ck by Sarah Knight
83. The Millionaire Next Door by Thomas J. Stanley
84. Year of Yes by Shonda Rhimes
85. The Mindful Way Through Depression by Mark Williams
86. Change Your Brain, Change Your Life by Daniel G. Amen
87. Life Strategies by Phillip C. McGraw
88. Bird by Bird by Anne Lamott
89. Zen and the Art of Motorcycle Maintenance by Robert M. Pirsig
90. Organizing From the Inside Out by Julie Morgenstern
91. Thrive by Arianna Huffington
92. Battlefield of the Mind by Joyce Meyer
93. The Art of Non-Conformity by Chris Guillebeau
94. On Writing by Stephen King
95. Succulent Wild Woman by S.A.R.K.
96. First Things First by Stephen R. Covey
97. All I Really Need to Know I Learned in Kindergarten by Robert Fulghum
98. Warrior Goddess Training by Heatherash Amara
99. Sink Reflections by Marla Cilley
100. The Darkside of Light Chasers by Debbie Ford
101. Take Time for Your Life by Cheryl Richardson
102. In the Meantime by Iyanla Vanzant
103. Dark Night of the Soul by Thomas Moore
104. The Money Saving Mom's Budget by Crystal Paine
105. Zero Limits by Joe Vitale and Ihaleekala Hew Len
106. Sacred Contracts by Caroline Myss
107. The Dialectical Behavior Therapy Skills Workbook by Matthew McKay and others
108. The Zen Path Through Depression by Philip Martin
109. Unstuck by James S. Gordon
110. Total Mom Makeover by Hannah Keeley
111. Goddesses in Every Woman by Jean Shinoda Bolen
112. The Goddess Within by Jennifer Barker Woolger and Roger J. Woogler
113. Goddess to the Core by Sierra Bender with Jeff Migdow
114. Frequency by Penny Peirce
115. The Simple Living Guide by Janet Luhrs
116. Excuses Begone! by Wayne Dyer
117. Anatomy of the Spirit by Caroline Myss
118. Time Management From the Inside Out by Julie Morgenstern
119. The Five Love Languages by Gary Chapman
120. The Universe Has Your Back by Gabrielle Berstein
121. A Gentle Path Through the 12 Steps by Patrick J. Carnes
122. It Works If You Work It by Emotions Anonymous
123. The Heroine's Journey by Maureen Murdock
124. You Are a Baddass Making Money by Jen Cicero
125. Practical Intuition by Laura Day
126. 13 Things Mentally Strong People Do by Amy Morin
127. Writing Down the Bones by Natalie Goldberg
at April 14, 2017

Email ThisBlogThis!Share to TwitterShare to FacebookShare to Pinterest
Labels: books, My Self Help Journey