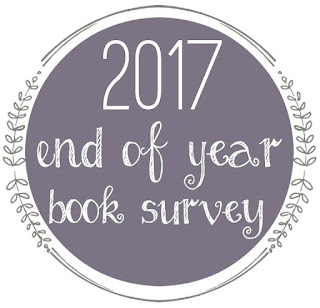 Number Of Books You Read: 41
Number of Re-Reads: 0

Genre You Read The Most From: Young Adult

The Handmaid's Tale by Margaret Atwood (This book was life altering.)

2. Book You Were Excited About & Thought You Were Going To Love More But Didn’t?

Everything, Everything by Nicola Yoon (I hated the ableism and plot twist ending.)

3. Most surprising (in a good way or bad way) book you read?
Habibi by Craig Thompson because it had so much disturbing content (rape, gratuitous nudity, violence, farting, misogyny)

4. Book You “Pushed” The Most People To Read (And They Did)?

The Martian by Andy Weir (and by "people" I mean my 16 year old son who read a  book not assigned at school for the first time ever). I also kept pushing my 13 year old daughter to read Harry Potter but that was not a success.

The Burning World by Isaac Marion

Origin by Dan Brown (not sure if  it's ender, just the last book in the series so far)

7. Best book from a genre you don’t typically read/was out of your comfort zone?

Blankets by Craig Thompson (After being traumatized by Habibi I was scared but Blankets was pretty good. Still had gratuitous nudity though. Why?)

8. Most action-packed/thrilling/unputdownable book of the year?

The Circle by Dave Eggers

Hannah Baker from Thirteen Reasons Why by Jay Asher

The Sum is Also a Star by Nicola Yoon

The Handmaid's Tale by Margaret Atwood (I literally called it life changing earlier! I swear I had not read this question!)

Pride and Prejudice by Jane Austen 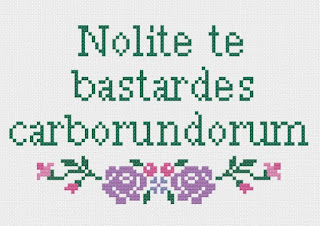 from The Handmaid's Tale by Margaret Atwood

Dear Ijeawele, or a Feminist Manifesto in Fifteen Suggestions by Chimamanda Ngozi Adichie

17. Book That Shocked You The Most

(OTP = one true pairing if you aren’t familiar)
Mitsuha and Taki in your name, by Makuto Shinkai

19. Favorite Non-Romantic Relationship Of The Year

Ove and Parvaneh in A Man Called Ove by Fredrik Backman

20. Favorite Book You Read in 2017 From An Author You’ve Read Previously

21. Best Book You Read In 2017 That You Read Based SOLELY On A Recommendation From Somebody Else/Peer Pressure:

Dylan, the merman from Goddess of the Sea by P.C. Cast

25. Book That Put A Smile On Your Face/Was The Most FUN To Read?

Rogue One: A Star Wars Story by Alexander Freed

The Sun is Also a Star by Nicola Yoon (It had me ugly crying.)

The Crown's Game by Evelyn Skye

28. Book That Crushed Your Soul?

Before I Fall by Lauren Oliver

30. Book That Made You The Most Mad (doesn’t necessarily mean you didn’t like it)?

Everything, Everything by Nicola Yoon (I was mad at her mother.)

I tried something new in 2017 and didn't post my book reviews on my blog. Yeah, I was a book blogger that didn't review books. I'll be posting reviews  in 2018.

6. Most challenging thing about blogging or your reading life this year?

My 4 year old was so needy and clingy and demanding this year.

7. Most Popular Post This Year On Your Blog (whether it be by comments or views)?

Coming Soon listings at the Barnes and Noble website

10.  Did you complete any reading challenges or goals that you had set for yourself at the beginning of this year?

Outlander by Diana Gabaldon (I checked it out of the library over and over but only got halfway through.)

4. Series Ending/A Sequel You Are Most Anticipating in 2018?

5. One Thing You Hope To Accomplish Or Do In Your Reading/Blogging Life In 2018?

6. A 2018 Release You’ve Already Read & Recommend To Everyone (if applicable):

Email ThisBlogThis!Share to TwitterShare to FacebookShare to Pinterest
Labels: End of the Year Book Survey